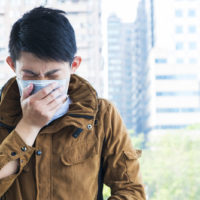 Nearly 3,000 people were killed and more than 6,000 others were injured in the terrorist attacks that occurred on September 11, 2001. But those weren’t the only victims. Many paramedics, firefighters, inspectors and other workers at the site of the World Trade center became sick years later from the hazardous materials. These workers qualified for workers’ compensation benefits due to their work-related illnesses, but many are still struggling to receive the money they deserve.

A 59-year-old man is currently suffering from a terminal illness after working as an inspector for the Occupational Safety and Health Administration (OSHA). He was a new employee for the agency when he was sent to Ground Zero on October 7, 2001. His job was to make sure safety procedures were being followed by the firefighters and construction crews.

He was there for a week, working the night shift. It was called “The Pile” because it was a pile of smoking debris. The hazy air required that those within 50 feet wear a respirator. The man wore the required equipment to keep safe.

He felt fine until 2006, when he failed the lung capacity test of his physical. Three years later, he started experiencing severe rashes that had blisters in them. He spent more than three weeks in a burn center. By then, he was experiencing respiratory failure. Doctors put him in a coma for seven weeks.

The man was diagnosed with a lung disease. He received a $300,000 payout from the World Trade Center Victims Compensation Fund. His wife quit her job and cared for him for two years. The man went back to work until he retired in December 2016. He spent the last few years in desk jobs because he was physically unable to go out in the field.

Despite this, the man was unable to receive workers’ compensation benefits. The Labor Department rejected his first claim because the man allegedly could not prove that his time at Ground Zero caused his illness. His benefit could be as much as 75 percent of his former salary.

The man now gets around by using a walker. He must get dialysis three times a week due to his failing kidneys. He requires oxygen at night.

He currently received $3,600 a month in payments from Social Security disability and military retirement. As an OSHA inspector, he was taking home $8,000 a month.

The man has already appealed his denial, and was denied again. He and his lawyer are still fighting for the benefits he deserves.

Workers’ compensation benefits are in place to help those who are disabled and truly cannot work. Unfortunately, the system is far from perfect and tends to deny payments to those who need them the most.

If you have become sick or injured in the workplace, fight for your rights to receive benefits. Contact the Law Office of Michael Lawrence Varon in White Plains for legal help. Call his office at 914-294-2145 to schedule a complimentary consultation.