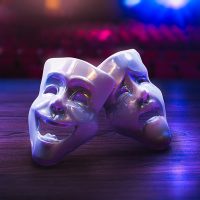 Celebrities are no different from normal folk. They have the same motivations as the rest of us. They may think they’re above the law, but they’re really not. If they engage in unethical and illegal activities, such as fraud, they will get caught.

An actress has been charged with workers’ compensation fraud. Q’orianka Kilcher, who is known for her roles in TV shows such as “Yellowstone,” “The New World,” and “The Alienist,” illegally collected disability benefits while working. According to the California Department of Insurance, Kilcher allegedly collected more than $90,000 in disability benefits while working on “Yellowstone.”

Kilcher misrepresented her injuries to doctors so she could work and collect disability benefits at the same time. She told her doctor she couldn’t work due to injuries to her shoulder and neck. She allegedly suffered these injuries while acting in “Dora and the Lost City of Gold” in 2018. The 32-year-old, who lives in North Hollywood, went to see a doctor several times that year. She later stopped treatment for unknown reasons and failed to respond to the insurance company that was handling her claim.

A year later, Kilcher contacted the insurance company and told them she needed treatment again. She claimed that she had been offered work since her injury, but was not physically able to do it due to severe neck pain. Kilcher then began receiving temporary total disability benefits.

Kilcher told doctors she would be unable to work for a year. However, she worked on “Yellowstone” from July to October 2019 while receiving disability payments.

Kilcher’s doctor was unaware of her employment history and would not have granted her the disability payments. From October 14, 2019, through September 9, 2021, Kilcher received a total of $96,838 in disability benefits that she did not deserve, as she was still working during the time.

The actress turned herself in for fraud and was arraigned in early 2022. She is scheduled to appear in court on August 7.

Workers’ compensation fraud can be perpetrated by both employees and employers. Employees may work while receiving benefits at the same time to “double dip.” They may exaggerate their symptoms to get more compensation. They may actually get injured somewhere else other than the workplace but claim it as a workplace injury.

Employers can engage in fraud as well. They may not have appropriate workers’ compensation insurance. They may also misclassify employees or under report wages in order to pay less for insurance.

Workers’ compensation benefits are for those who are truly injured. A person who can work and earn income should not be receiving benefits.

If you are injured in the workplace, see how a White Plains workers’ compensation lawyer from The Law Office of Michael Lawrence Varon can help. We’ll guide you through the claims process with ease. To schedule a free initial consultation with our office, call (914) 228-1770 or fill out the online form.