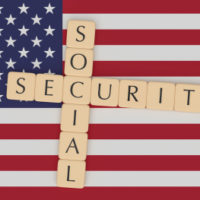 If you’ve been looking for a job recently, you’ve noticed that the economy is getting better. Jobs are becoming more plentiful. Everywhere you go, companies are hiring.

Last year, under 1.5 million Americans applied for Social Security Disability benefits. This was the lowest rate since 2002. The number is expected to be even smaller this year.

What is Causing the Decrease in Applications?

The judges handling these cases are also becoming more skeptical. They require more evidence than ever, and when applicants get denied, some simply give up. In 2008, 69 percent of Social Security Disability cases were approved. By 2015, that number had dropped to just 48 percent, meaning less than half of applications are approved.

In addition, many Baby Boomers have left the program because of their age. Instead of Social Security Disability benefits, they are better suited for programs as Social Security retirement benefits and Medicare.

Social Security Disability By the Numbers

The number of workers on Social Security Disability benefits have doubled over the past 25 years. It peaked in September 2014, when it reached 8.96 million workers. As of May 2018, that number has decreased to 8.63 million people. Several hundred thousand people is a significant increase. With fewer benefits to pay out, the program can last several more years.

The number of applications for Social Security Disability benefits hit a high in 2011, when 2.02 million people applied for benefits. The annual numbers have decreased since then.

While it’s great that fewer people than expected are requiring the assistance of Social Security Disability benefits, you should know that the program is available to you should you need it. A serious accident leading to disability can happen at any time.

If you are have been seriously injured and are finding it difficult to work, it’s crucial that you know about the benefits available to you. You could be eligible for some form of compensation. The Law Office of Michael Lawrence Varon can help you through the process. Get started today by calling our office at 914-294-2145.