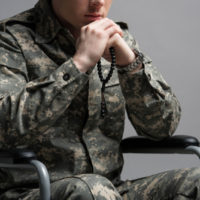 Veterans pay the ultimate price for freedom. They risk their lives for Americans. Some die during war. Others survive, but live every day in physical or emotional pain. They may suffer a permanent disability due to their military service. Some have PTSD or other psychological conditions. Many of these veterans, unable to move, end their lives.

Current veterans’ benefits do not do enough. Veteran suicides have been the focus of the Department of Veterans Affairs (VA) for the past few years. This has prompted lawmakers to pass bills in this regard. In fact, nine bills for veterans were recently passed by the House, with several focusing on suicide prevention. Coincidentally, these bills were all passed right before Memorial Day.

These bills are not law yet, though. They must still go through the Senate and receive approval there. However, this is a huge step in the right direction, with veterans’ mental health a hot topic. Of 20 veterans who commit suicide, 14 have not received health care from the VA. The bills are hoping to change that and ensure that all veterans get the mental health treatment they need.

The nine bills passed through the House without objection. Several require more information about current suicide prevention efforts. One bill will expand eligibility for readjustment counseling and include members of the National Guard, Coast Guard and reserves. Another bill addresses the annual cost-of-living increase for veterans.  It is unknown when the Senate will vote on these veterans’ bills.

While suicide is a problem that can affect anyone, veteran suicides have been drawing a lot of attention lately. That’s because in the past 18 months, 22 veterans have killed themselves in VA centers. These were all done on VA premises, such as in parking lots, outside of hospitals and even in waiting rooms, possibly as a sign of protest by angry veterans.

Veteran suicide has become a national crisis. Veterans commit suicide at rates that are double that of the general population. This results in 6,000 veteran lives lost every year, or almost 20 suicides per day..

The latest suicides have been blamed on the VA for not providing enough help to these struggling veterans. While veterans have access to a variety of benefits, it seems as though many are either denied or delayed. Many veterans are forced to wait an unrealistic amount of time just to get a doctor’s appointment. When a person is suicidal, time is of the essence. Forcing them to wait only makes matters worse, and in many cases, leads the veterans to take matters into their own hands and end their lives.

Veterans experience a lot when they are off at war. The death and destruction can haunt them for the rest of their life. Sadly, the emotional and physical pain is often so great that they choose to end their lives.

Hopefully the bills will help veterans receive the help they need to adjust to civilian life. White Plains veterans benefits attorney Michael Lawrence Varon can help. He can assist you with filing a claim and understanding all the veterans’ benefits you are entitled to receive. Call 914-294-2145 to schedule a consultation.