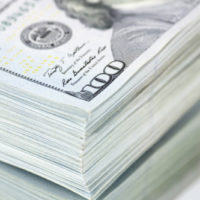 High-dollar claims are rare, but when they do occur, they cost companies a lot of money.  What types of accidents lead to million-dollar claims? They don’t occur often, so analyzing them is difficult. However, researchers have been able to uncover some trends among these claims.

High-dollar claims are often those that cost $1 million or more. These are considered catastrophic claims and involve serious, long-term injuries. Some examples include burns, spinal cord injuries, brain damage and amputations. These types of injuries tend to get the attention of the state workers’ compensation board because of their severity. There is no mistaking that the person has an injury, as it is apparent at the time of the accident.

Catastrophic claims are typically caused by certain types of incidents, including auto accidents, falls, being struck by an object, acts of crime and burns. Car accidents and falls each account for 24 percent of catastrophic workers’ compensation claims. Some claims are also caused by incidents such as food poisoning and flesh-eating bacteria. Unfortunately, nobody is immune to these types of accidents.

While catastrophic claims get the most attention, many developmental claims often cross the $1 million mark as well. In fact, more than 65 percent of workers’ compensation claims start off as fairly routine claims. Injuries to the shoulders, back and knees can quickly become $1 million claims if the injury is severe enough.

What is driving the cost of a routine injury past the $1 million mark? Multiple failed surgeries are a common factor. Surgical procedures are not cheap, and unfortunately, they do not always work. Prescription medications, particularly opioids, also raise the cost of an injury. In fact, some annual costs of these drugs exceed $50,000.

On top of that, many of these claims are not resolved in a timely manner, driving up the cost even more.  Many continue on for several years. Instead of settling the claims, the workers’ compensation board or the employer kept the claims open, which meant the costs kept adding up.

The good news is that medical advances are improving the quality of health care.  This means that lives are being saved and people are living longer. On the down side, these medical procedures, devices and other advances are very costly. This is another reason why the costs of workers’ compensation claims are increasing.

Whether you suffered a minor injury or catastrophic injury in the workplace, it’s important that you seek compensation for your injuries. Getting legal help will assist you in obtaining money for damages such as medical bills, lost wages, loss of enjoyment of life and more.

If you have been injured in the workplace, it’s imperative that you receive the workers’ compensation benefits you deserve.  The Law Office of Michael Lawrence Varon in White Plains can help. Schedule a consultation today by calling 914-294-2145.