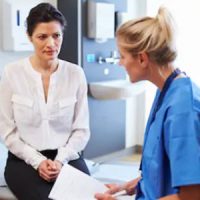 When it comes to getting approved for workers’ compensation benefits, should gender be an issue? Apparently it is, according to a study conducted by economic researchers. The gender of an injured employee’s doctor can be instrumental in getting them approved for benefits, particularly if the victim is female.

The study focused on dispute resolution medical evaluations from 2013 to 2017. These occur when the insurer or another party disagrees with the initial doctor’s assessment. When there is such a disagreement, a randomly assigned doctor assesses the patient and gives a second opinion. Patients cannot choose the doctor who will decide their claim.

However, the results of the study showed that women were 5% more likely to be considered disabled and received about 8.5% more in benefits when they had a female—rather than male—doctor assess their claim. There was no similar effect for injured men—their benefits were the same regardless of the gender of their doctor.

The study also reviewed a broader data set of all workers’ compensation claims in Texas during the 2013 to 2017 time period. In some of these cases, injured employees were allowed to select their doctors. The results showed that injured female workers received cash benefits at a substantially lower rate than men. The effect of doctor gender and how it relates to the outcomes of female patients is large enough that is addressed, this issue alone could close the gender gap in workplace injury compensation in a significant way.

Even though various forms of research show large disparities between the amounts that male and female patients receive in benefits that rely on medical evaluations, it is unknown what drives these disparities. Because the differences are driven by the gender of the doctors, health differences between male and female patients do not appear to be a factor.

A survey of 1,519 adults between 30 and 64 years of age showed that women were more likely than men to have negative experiences with doctors. They also expressed a greater preference for doctors of the same gender. This is because they believed a female doctor would be more respectful and understanding. A doctor of the same gender would also be more likely to make them feel comfortable and provide necessary treatments.

One way to fix this would be to have more female doctors available. Close to two thirds of practicing physicians are male, despite the fact that the proportion of female physicians has been on the rise.

When a person is injured in the workplace, they need the right medical treatment. Pairing injured employees with the right doctors can improve their chances of getting workers’ compensation benefits.