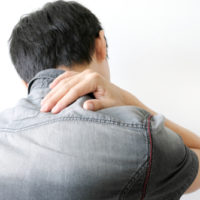 When people are injured and unable to work, there are several government agencies that offer benefits to help compensate these people for being unable to work. Unfortunately, many people take advantage of these benefits. They are approved for workers’ compensation benefits but continue to work at the same time. This “double-dipping” is a form of fraud and is against the law.

A New York man was arrested after it was found that he illegally took more than $160,000 in workers’ compensation benefits. The man suffered a back and neck injury while working for the United States Postal Service (USPS) in 2001. Given that the man continued to receive benefits and claimed to have not earned any income during this time, he was ordered to submit documents to the Department of Labor in 2014.

Between March 2014 and April 2018, the man – a former vehicle operator for the USPS – claimed he was disabled and unable to work. he also claimed he was not earning any income. However, special agents secretly recorded the man’s activities. On more than 20 occasions, they found the man working at flea markets through Manhattan and Brooklyn. He was performing activities that a disabled man would not be able to do, such as standing for long periods of time, driving cars and lifting heavy objects.

The man disclosed to an undercover agent that he works 12 hours a day, five days a week organizing flea markets. At the same time, he was receiving workers’ compensation benefits.

Despite the evidence, the man is innocent until proven guilty. Should these allegations be proven, the man could face fraud charges and spend up to five years in prison.

Every year, tens of billions of dollars are wasted in workers’ compensation fraud. When people engage in these types of scams, they cause problems for honest workers and companies. They eat into the profits of businesses. They also cause other workers to lose their jobs. Taxpayers are forced to pay higher taxes to make up for these losses. Workers’ compensation fraud is a crime that affects everyone, and therefore it is punished severely.

Those who are injured in the workplace often take on another job while they are off work from their main job. Their motivation is free money. People are motivated by money, and some will go to great lengths – and engage in illegal activities – in order to obtain it.

Workers’ compensation benefits are available for those who are injured and truly need them. If a person attempts to obtain these benefits illegally, they can face serious penalties. They may be forced to pay back the amount they took. They may also face prison time and other forms of punishment.

If you have been injured in the workplace, make sure you understand your legal rights and responsibilities. You need to understand what you can and cannot do while receiving benefits so you can avoid criminal charges. Get the information and advice you need by contacting the Law Office of Michael Lawrence Varon in White Plains. Schedule your free consultation today by calling 914-294-2145.