How an SSDI Claim Can Bar an ADA Claim 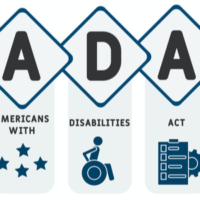 If you’re unable to work due to a disability, is that your employer’s fault? Should they be sued for laying you off? One man did so even though he was deemed totally disabled by the Social Security Administration. The Social Security Disability Insurance (SSDI) claim, however, barred him from filing a claim under the Americans With Dsabilities (ADA) Act.

In 1979, the employee started working for Gold Medal Bakery. In January 2016, he injured his knee. His doctor referred him to an orthopedic surgeon. He agreed to a complete knee replacement surgery, which was scheduled for May 8, 2016.

The employee requested to start his medical leave on that day. Under the Family and Medical Leave Act (FMLA), he was entitled to take 12 weeks of unpaid leave. However, Gold Medal’s short-term disability policy paid 85% of his salary during his time off, which ended August 1.

The man’s orthopedic surgeon released the man to return to work on August 9. The man, however, could not schedule an appointment with his orthopedic surgeon until August 12. He asked the HR professional if he could extend his leave through August 12 and she agreed. The doctor’s office then rescheduled the appointment for another month, but the man was able to move the appointment to August 17. He asked the HR professional for yet another extension and she agreed. However, when she e-mailed the man’s supervisor, they opposed extending the leave.

On August 11, the HR professional called the man and said Gold Medal could not extend his leave. The next day, they mailed a man stating that his employment was terminated that day.  On August 17, the man’s doctor sent Gold Medal a certificate stating the man could return to work. However, a week later, the man also filed an SSDI claim. He claimed he was totally unable to work as of May 8 due to physical limitations and pain. Through a psychological evaluation, it was determined that the man had a major depressive disorder. He was granted SSDI benefits for fibromyalgia, osteoarthrosis, and spine disorders, retroactive to May 8.

In February 2018, the plaintiff sued Gold Medal, claiming violation of the ADA and FMLA as well as state law. The First Circuit Court determined that an ADA claim can be barred if a person files an SSDI application stating they are unable to work at all. Also, the man received the required 12 weeks of leave. He could not prove retaliation simply because Gold Medal did not offer him more. Therefore, his claim was dismissed.

If the Social Security Administration finds that you are unable to work, don’t expect to sue your employer because you are laid off due to your inability to work. Your employer does not have to keep paying you once you use up your disability leave.

What benefits are you entitled to receive for your disability? Seek help from White Plains Social Security lawyer Michael Lawrence Varon. We can help you understand your eligibility for benefits. Schedule a consultation by filling out the online form or calling 914-294-2145.