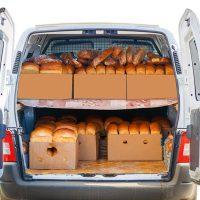 When people are injured while performing their work duties, they can typically file a claim for workers’ compensation benefits. However, sometimes employers may try to argue that the employee is not eligible for these benefits. This can lead to a drawn-own battle and even a lawsuit.

A New York man was injured during a carjacking in March. He was injured while trying to stop the suspect. The man suffered various injuries, but cannot receive workers’ compensation benefits because the owner of the bakery claims the man does not work for him.

The incident happened while the man was delivering bread for Gian Piero Bakery. He was making a delivery at a restaurant in Manhattan when he left the delivery van idling. His teenage son was inside. A man entered the van, hit the boy in the head, and drove off. The delivery man tried to stop the suspect. He grabbed a door handle, but the vehicle backed up. The van crashed into a building, breaking the delivery man’s hand and leg.

The delivery man now has plates, screws, and wires in his leg and hand. He is now facing costly medical bills. So far has received a bill for $53,000 for his hand surgery.

The owner of the bakery has denied the delivery man’s workers’ compensation claim, stating that the man does not work for him. He claims that a different company delivers his bread, despite the fact that the delivery van has the Gian Piero Bakery name on it. The owner alleges that it’s a mistake and the van was sold to another company.

The lawyer of the delivery man, however, says that the man was paid in cash. He thinks the bakery owner is taking advantage of the family. The delivery man should be eligible for workers’ compensation benefits, since he was an employee and was injured while working.

The bakery owner even offered $5,000 to the family if they would settle the claim. The delivery driver refused, and the bakery owner upped his offer to $10,000. That is not enough money to pay the medical bills, which exceed $100,000. The case goes to trial in June. The carjacking suspect was captured and will appear in court in July.

Workers’ compensation claims often go smoothly, but when the employer tries to deny the claim, the process becomes complicated. The victim is unable to receive the compensation they need to pay for medical bills, lost wages, and other damages.

White Plains workers’ compensation lawyer Michael Lawrence Varon can assist you with your workers’ compensation claim. He can advise you of your legal rights and help you get benefits, even if you have already been denied. Schedule a free consultation by calling (914) 228-1770 or filling out the online form.