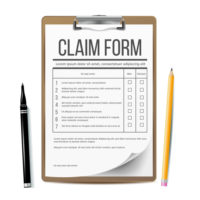 A person who is injured in the workplace may be able to receive workers’ compensation benefits until their death, depending on the circumstances. However, it’s unheard of for a person to continue to receive benefits after they have passed away.

A New York man is facing petit larceny charges for stealing the workers’ compensation benefits of a woman he lived with and cared for until her death in July 2012. After the woman’s death, the 58-year-old man continued cashing her checks as if she never died. He engaged in this practice until September 2014—for more than two years.

The man pled guilty to the charge and has been sentenced to three years of probation. He is being ordered to pay $3,529.11 in restitution.

An employee may commit fraud by lying about the injury. He or she may claim that the accident happened at work, when it really happened at home or another location outside of work hours. A worker who is not an employee and is instead an independent contractor may lie about this in order to receive benefits. An employee can also lie about the severity of the injury, claiming that it’s more severe than it really is in order to receive more compensation.

Health care providers sometimes commit workers’ compensation fraud during the billing process. They may bill for tests that were never performed or even for patients who were never treated. They may bundle unnecessary services, bill for duplicate services or use a different code in order to receive greater payment for a service.

An error is not fraud if it was made unintentionally. For example, a doctor accidentally transposing a code number is not committing fraud. The error must also be significant enough to affect benefits. For example, lying about one’s age is wrong, but it typically won’t affect one’s benefits. It must be proven that the person intentionally tried to commit fraud.

Workers’ compensation fraud can occur in a variety of ways. Because of this, states are becoming more stringent with their procedures. Many who deserve benefits are getting denied.

If you have been injured in the workplace but have been denied benefits, a workers’ compensation lawyer can help you with the process. Make sure you receive the benefits you deserve. Seek help from the Law Office of Michael Lawrence Varon in White Plains. Schedule a consultation by calling his office at 914-294-2145.