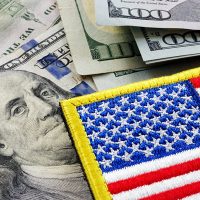 Veterans benefits are for those who have served our country. Many veterans are able to receive disability benefits when they suffer debilitating service-related injuries while on duty. However, sometimes servicemembers lie about their injuries in order to receive benefits.

This was what a North Carolina man did. The 57-year-old veteran defrauded the Department of Veteran Affairs of nearly $1 million over the course of 30 years. Despite claiming to be blind, the man had repeatedly passed vision tests over the years to obtain a driver’s license. He had used his benefits to buy more than 30 vehicles. The man appeared in court on July 19 and pled guilty to fraud.

The man enlisted in the Army in November 1985. Six months later, he suffered an accident while on duty. The man complained that the accident caused a pre-existing eye condition to worsen In 1987, the man was given a medical evaluation. He was discharged and placed on the retired list. He then started to receive VA disability compensation at a rate of 60%. This compensation increased over the next 30 years, as the man lied about having a “severe visual deficit” that made him unemployable. In 2005, the VA declared him legally blind due to severe visual impairment. He then began receiving disability compensation at the maximum rate. He also was given additional benefits. They include Special Monthly Compensation, which is extra money given to veterans with severe disabilities. He also received housing grants, such as Specially Adapted Housing, which pays for adaptations in a new home, and Special Housing Adaptation, which goes toward remodels in an existing home.

However, in spite of claims the man filed for additional benefits based on blindness, investigators found evidence to the contrary. He repeatedly passed vision exams to renew his driver’s licenses in North Carolina and South Carolina. He also regularly drove more than 30 different motor vehicles. Also, between 2010 and 2016, the man served in the Boy Scouts and completed courses qualifying him to be a range officer for BB guns and archery.

Veterans benefits can be hard to obtain, and it’s because there is so much fraud with all these government benefits. People take advantage of the system, making it harder for those who qualify for veteran benefits to receive them in a timely manner.

White Plains veterans disability benefits lawyer Michael Lawrence Varon can guide you through the process. Even if you have been denied before or are just dealing with delays, we can help expedite the process. To schedule a free consultation, fill out the online form or call 914-294-2145.