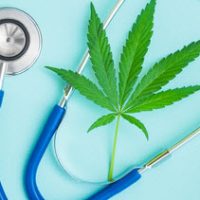 The use of marijuana has increased dramatically in recent years as many states have legalized its use, despite it being illegal at the federal level. Earlier this year, New York legalized cannabis, allowing those age 21 and older to have up to 3 ounces of the drug in their possession.

However, marijuana’s use as medical treatment for workers’ compensation injuries has been controversial for decades, since the drug is still technically illegal under federal law. That is about to change.

Medical marijuana has been a proven treatment for many injured workers. In the past few years, many of these workers have filed cases in courts in New York, New Jersey, New Hampshire, Massachusetts, and Maine. These workers have been fighting to get the courts to decide in their favor regarding cannabis use. This has been tricky, given that cannabis is a Schedule 1 substance in the United States, like heroin and LSD. A Schedule 1 substance has no medicinal value.

This would make cannabis a legitimate medicine, as it would go through the same pre-authorization process as other medications, such as oxycontin, or treatments such as physical therapy or surgery. New York is the only state so far to take medical marijuana to this level, and it’s hopeful that other states will follow suit.

Some already are. In addition to New York, New Jersey and Maryland have laws in the works that would make workers’ compensation insurance companies treat medical marijuana like a prescription, meaning that injured workers would be reimbursed for it.

CBD, or cannabidiol, is the second most prevalent ingredient in cannabis. It is also gaining popularity as an alternative form of pain management The 2018 Farm Bill defined hemp as a legal form of the drug, causing the CBD market to explode.

Providers who treat injured workers tend to favor CBD, as it helps reduce opioid use, which can lead to addiction, overdose, and death. While CBD is not covered by workers’ compensation insurance, many patients do choose to pay for it out of pocket because they get very good results. They improve their health and overall ability to function.

Treatment for workers’ compensation injuries may involve controversial medications such as marijuana. States such as New York are moving forward to make this drug an option.

Make sure you get the right treatments and compensation for your injuries. White Plains workers’ compensation lawyer Michael Lawrence Varon can help you understand your legal rights. Schedule a free consultation by calling (914) 228-1770 or filling out the online form.