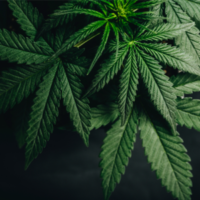 Although marijuana use is illegal under federal law, many states have legalized the drug for recreational use. New York is the most recent state to do so.

Marijuana use is controversial in the workplace, though. While there is no evidence that the drug is addictive and can lead to death, it can cause impairment, which is why its use is banned in many places of employment. Plus, it becomes a tricky situation when a person is involved in a workplace accident and they test positive for marijuana use at the time.

If this happens, can they still receive workers’ compensation benefits? How will the laws change due to MRTA?

On March 31, New York Governor Andrew Cuomo signed MRTA into law. The law took effect immediately, even though the sale of recreational marijuana is still not legal in New York. The state is working on creating regulations for the cannabis industry, so legalization may take another year or so.

MRTA allows those 21 years old or older to have up to 3 ounces of marijuana and up to 24 grams of concentrated marijuana in their possession. They are allowed to use this marijuana recreationally. However, there are limitations when it comes to the workplace. MRTA does not limit the authority of employers, which means they can still enforce policies banning marijuana from the workplace.

Employers are also given protections under MRTA. They can legally take action in any of the following situations:

However, MRTA will change how New York employers treat workers’ compensation issues. Under the law, employees who are injured in the workplace and use medical marijuana must be afforded the same rights and protections as those who use prescription medications.

Because of this, employers in New York must ensure that they understand the new requirements under MRTA and make changes to their drug policies as appropriate to ensure they are compliant. If they see an employee who they believe is in violation of law, it is a good idea to seek legal help before discriminating against or firing an employee for marijuana use.

Workers’ compensation laws can be tricky to figure out. They vary from state to state, plus marijuana legalization plays a role in determining benefits.