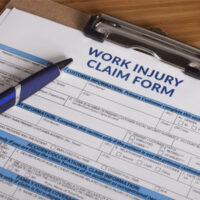 Sadly, this is the case for a New York woman. Her son was just 14 years old when he was killed in a tractor accident at Park Family Farm in Homer. Nobody saw the accident, but an employee and the boy’s father found the boy crushed under a large hay bale. The boy was operating a skid steer without permission.

The boy’s mother also filed a complaint against the farm’s owner. The complaint states eight causes of action, including gross negligence, malicious and reckless behavior, wrongful death and civil liability for criminal conduct. The owner, however, claimed that the lawsuit was barred by the Workers Compensation Act.

However, in September 2018, the owner of the farm pled guilty to three misdemeanor charges due to the boy’s death: prohibited employment of a minor, endangering the welfare of a child and allowing a minor to operate a large driven hoisting apparatus.

Workers’ compensation can be tricky. It can be challenging to navigate the system on your own and get the benefits you deserve, so don’t be afraid to seek legal help.

If you or a loved one has suffered a workplace accident, get help from White Plains workers’ compensation lawyer Michael Lawrence Varon. He can help you understand your legal rights. To schedule a free consultation, call (914) 228-1770 or fill out the online form.