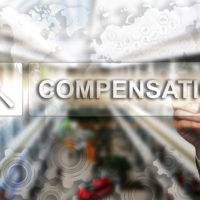 Veterans are entitled to receive a wide range of benefits. However, those on disability often find they are treated unfairly because they do not receive cost of living increases, unlike other types of government benefits. That may change in the near future.

One lawmaker—Senator Richard Blumenthal from Connecticut—wants to make benefits fairer for veterans by adding a cost of living increase for those receiving disability benefits. It is called the  Veterans’ Compensation Cost of Living Adjustment Act of 2018. Blumenthal, a member of the Senate Veterans’ Affairs Committee, introduced this legislation to increase benefit amounts. This bill, if passed, would increase the amount of veterans’ benefits to compensate for inflation.

Inflation and rising costs in general can severely impact veterans, since they are solely receiving a fixed income. Those on disability cannot simply go out and work and earn more money. They depend on their monthly disability benefits to buy food, housing and other necessities. If they don’t receive enough compensation, that can make a huge difference when it comes to paying the electricity bill or making a trip to the grocery store.

Under the bill, the cost of living increase would also go to survivors of military members who died from injuries related to their time in service.  The cost of living increases would be similar to the ones given to Social Security recipients. The amount would depend on what the person is currently being paid by the Veterans Administration (VA). The increases would not be too significant, but they would be enough for disabled veterans to live more comfortably.

The American Legion is on board with the adjustment to benefits, as it would keep veteran’s benefits in line with other forms of government benefits. All Senate Veterans’ Affairs Committee members have co-sponsored this bill, which would require the Department of Veterans Affairs to begin adding the cost of living increase by December 1, 2018.

It’s hard for veterans to maintain their standard of living when there is inflation to contend with. Hopefully this bill will pass and make things fair for veterans who sacrificed their lives to defend our country’s freedom.

Many veterans are shortchanged on their benefits. Don’t let that happen to you. Make sure you receive the benefits and compensation you deserve by contacting the Law Office of Michael Lawrence Varon in White Plains. He has been serving veterans for more than a decade.  Schedule a free initial consultation today by calling 914-294-2145.