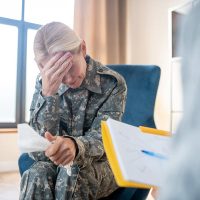 One of the most controversial issues in today’s society is the right for women to have abortions. Abortion is often seen as ending a life, which is equivalent to murder.

The Supreme Court overturned Roe v. Wade this summer, setting off abortion bans and restrictions in various states around the country. Those restrictions created urgent health risks for veterans, forcing the Department of Veterans Affairs (VA) to take action. The VA will provide abortion services even in states that have outlawed the procedure. According to the agency, this is a patient safety decision, first and foremost, with the rule in place to preserve the lives and health of veterans.

Starting September 9, the VA is allowing abortions and abortion counseling services to veterans and their families in cases of rape, incest, or serious health issues. This is a major change, as the VA previously did not provide abortions for veterans for any reason nor did not allow medical providers to counsel patients about abortions.

Of course, the rule is controversial, causing a major disagreement between conservative states and the federal government. Republican lawmakers are trying to fight this policy, while Democrats are applauding the rule. They have been urging President Joe Biden to expand abortion access since the federal right to abortion was eliminated due to the Supreme Court’s decision in Dobbs v. Jackson Women’s Health Organization.

Many lawmakers are applauding the VA. Sen. Tammy Duckworth of Illinois lost both of her legs while serving in Iraq. She doesn’t understand why the government would allow her to use her body for war but not for family planning. She finds it unfair that American women still don’t have the right to bodily autonomy in today’s day and age.

Republicans disagree with the policy, though, claiming that the VA is overreaching its authority. Many states have enacted near-total abortion bans, with no exceptions for rape and incest. The attorneys general of Alabama and Arkansas claim that they would enforce their states’ ban regardless of VA policy. They allege that they will challenge the Biden Administration if necessary.

There is the Hyde Amendment, which prohibits federal funding for abortion-related services. However, it does allow for exceptions, but only for the Departments of Labor, Education, and Health and Human Services. Democrats counter that the Veterans Health Care Eligibility Reform Act of 1996 allows the VA to furnish necessary hospital care and medical services, and abortion is included.

Veterans are given many benefits by the VA. These benefits can help improve the lives of those who have fought for their country, although some can be controversial, as is the case with abortion.

A White Plains veterans disability benefits lawyer from The Law Office of Michael Lawrence Varon can help you understand the benefits and legal rights you have as a veteran. To schedule a free consultation with our office, call 914-294-2145 or fill out the online form.