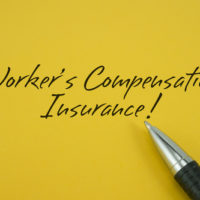 Technicalities can ruin an injured person’s workers’ compensation claim. Even something as seemingly minor such as not disclosing a text message can cause a claim to be denied, leaving a person without much-needed benefits.

This recently happened in New York. The Appellate Division of the Supreme Court of New York decided that the New York Workers’ Compensation Board abused its power when it eliminated an injured worker’s medical exam report from the record. The issue? An undisclosed text message between the worker’s lawyer and doctor.

The man suffered a work injury in 2010 and was awarded workers’ compensation benefits. He was determined to have a 40.5 percent loss of use of his left foot. The man’s condition worsened and in 2015, his lawyer sent text messages to an independent medical examiner asking to update the assessment.

The doctor performed an exam and found that the man now had 88 percent loss of his foot. The doctor filed a report with the New York Workers’ Compensation Board. The Board received the report and reopened the case. They ordered a doctor chosen by the employer to perform another exam. The doctor found a 50 percent loss of the foot.

The case went to a court hearing. The judge, considering both reports, found that there was not enough change in the man’s condition to warrant a larger benefit award. The Board, however did grant an increase to 50 percent based on the report from the second doctor.

The Board also barred the first doctor’s report and testimony based on a law that requires the parties to provide copies of any communication between doctors and the injured party’s representatives. They did not receive copies of the text messages sent between the lawyer and doctor.

The injured man appealed the claim and challenged the preclusion. The judge ruled in favor of the claimant, stating that the text messages appeared to be limited in nature. The employer’s attorney also did not ask follow-up questions or ask for a copy of the text communication.

There are several reasons why workers’ compensation claims are denied. A common reason is filing too late. Each state has statute of limitations. In New York, you have two years from the date of injury to file a claim.

If the claim is hard to prove (such as stress), then it could be denied. There must be proof that the workplace caused the injury. Because of this, many employers deny claims where there is not enough evidence that the injury happened at work or happened because of some ineligible reason (such as intoxication or horseplay).

Even if you have a valid claim, the state workers’ compensation board will often engage in unethical tactics and abuse its power to avoid paying out. To avoid this, you need a strong, experienced lawyer on your side.

Get help with your workers’ compensation claim by contacting the Law Office of Michael Lawrence Varon in White Plains. Call 914-294-2145 today to schedule a consultation.