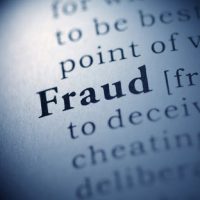 When it comes to insurance, there’s a lot of fraud in the industry. Many employers don’t understand the importance of workers’ compensation insurance. They may engage in fraud by providing false details about their companies in order to obtain cheaper premiums.

This is what a New York construction company did. The owner was recently convicted of workers’ compensation fraud and indicted by a Rockland County Grand Jury for first-degree insurance fraud as well as first- and second-degree grand larceny.

The 51-year-old man, who owned the construction company Alpha-Omega, performed construction projects in the area. As a contractor, the man was required to carry workers’ compensation insurance.

However, the man actually employed more than 90 people and his payroll was not $40,000 but more than $8 million. Plus, his coverage should have been for construction, not real estate. Instead of $403, the premium for Alpha-Omega should have been $1,498,748.

When the workers’ compensation policy expired in November 2017, Travelers refused to renew it. That was when the contractor applied for and obtained coverage with The Hartford company. He claimed he had one clerical employee and $45,000 in payroll. He received coverage for the November 2017-18 year with a premium of $328. However, The Hartford canceled the policy after three months for unknown reasons. For those three months, the correct premium would have been $233,463.

On January 13, the man was arraigned in Rockland County Court. Bail was set at $100,000 bond, $100,000 partially secured bond at 5%, or $10,000 cash. The man was ordered to surrender his passport and cannot leave New York state without the court’s permission. His next court date is February 1.

While workers’ compensation fraud is usually initiated by employees looking to make money and take time off work for false claims, employers can engage in it as well. They may misclassify employees, lie about the number of employees, or lie about payroll in order to get a better premium rate. This can constitute fraud and will cause a company to not have appropriate coverage for employees. This means that if employees are injured, they won’t get the benefits they need to pay for injuries. They may not be able to fully recover from a workplace injury due to a lack of benefits.

Many employers engage in fraud, which makes it hard for injured employees to get the benefits they need to recover from workplace injuries.