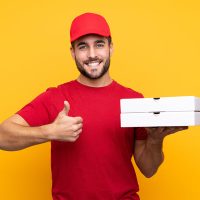 When it comes to employment benefits for all classifications of workers, New York is leading the way. In the past, only those specifically classified as “employees” were eligible to receive workers’ compensation and unemployment benefits. That could change in New York in the near future, as legislators are working tirelessly to expand these rights and benefits to independent contractors and gig workers.

While popular gig companies such as Uber and DoorDash are trying to resist having to reclassify gig workers from independent contractors to employees, workers are fighting back and protecting themselves. Los Deliveristas Unidos is a grassroots organization of immigrant food delivery workers who have been working with the New York City Council to secure various protections, such as minimum pay and access to bathrooms.

While New York has not fully classified all gig workers as employees just yet, they’re making strides in that regard. The Department of Labor has already allowed Uber and Lyft drivers benefits under New York’s unemployment insurance system. That’s because app companies determine your wages, the type of job, and how often you work. Because Uber and Lyft are acting as the actual boss in these situations, they can be legally classified as the workers’ employers.

There is also the possibility that New York City could introduce the Fair Play Act bill for gig workers. If passed, this bill would make it harder to misclassify workers as independent contractors. This bill is already applicable to the construction and transportation industries in the state.

Also, the whole reclassification option is still on the table, not just at the state level but at the federal level as well. However, passing this law could be challenging, since there are many gig workers who do want to be classified as employees. As a whole, independent and contract workers want predictable pay and benefits along with the flexibility to access opportunities as they arise. The best outcome would allow gig workers to enjoy the flexibility they currently have, while gaining access to benefits that employees have.

One option would be to build out a system of universal portable benefits, such as health care, paid time off, and retirement accounts that independent workers could access from one job to another. Another approach would be to create a new category of workers who would have benefits such as unemployment insurance and workers’ compensation, but would not be classified as employees.

Everyone, regardless of employment status, should have access to some degree of benefits. Gig workers often take on multiple jobs to make ends meet and should not be penalized simply because they are classified as “employees.”

If you were injured in a workplace accident, you may have certain employment rights as a New Yorker, even if you are a gig worker. A White Plains workers’ compensation lawyer from The Law Office of Michael Lawrence Varon can assess your situation and help you understand your legal rights. To schedule a free initial consultation, call (914) 228-1770 or fill out the online form.