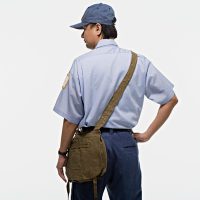 When a person has served in the military, they are entitled to certain benefits. However, providing false information in order to obtain these benefits is fraud, which can be punishable by many years in jail. Sometimes restitution can also be ordered.

A postal worker has recently pled guilty to fraudulently obtaining veterans benefits. The Georgia man intentionally applied for benefits, knowing that he did not qualify for them. The 50-year-old man served in the U.S. Army until 1995 and applied for benefits in 1997, despite working at the post office and earning $65,000 a year.

In May 2011, the man signed and certified a Veteran’s Application for Compensation and Pension. He reported that he had no income, although this was a lie. He also falsely reported that his only asset was his home. On top of that, he claimed that he could not work due to a medical condition.

Based on the information the man provided to the Department of Veterans Affairs (VA), the agency approved the man’s application. Between May 2011 and January 2022, the VA paid the man monthly pension benefits for the almost 11-year-period, for a total of $230,000. Every year, the VA asked the man to report any changes to his net worth or income and the man never did.

The man has been charged with making false statements in an application for pension benefits. His guilty plea means he could face up to five years in prison, with three years of supervised release. He could also be ordered to pay restitution and face other substantial financial penalties.

The U.S. Department of Veterans Affairs Office of Inspector General and  the U.S. Attorney’s Office for the Southern District of Georgia assisted with the case.

Veterans benefits fraud can happen in many ways. Any type of benefit abuse should be reported to the VA promptly.

The VA reviews all claims and looks for signs of misuse. If the fraud caused funds to be issued to the wrong person, the VA will make things right by issuing the money to the correct claimant. If a person has claimed funds fraudulently, the VA will seek repayment. The agency takes these claims seriously and will pursue debt collection and restitution. The Office of Inspector General will be informed so the department can pursue a criminal case against the person perpetrating the fraud. The department makes sure that those who steal from veterans are held accountable.

Fraud does not always have to involve an elaborate scheme. Sometimes hiding information about money and benefits can constitute fraud and lead to serious penalties.

If you truly qualify for veterans benefits, see how a White Plains veterans disability benefits lawyer from The Law Office of Michael Lawrence Varon can help. We’ll help expedite the process. Call 914-294-2145 or fill out the online form to schedule a free consultation.