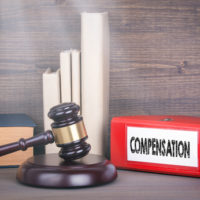 Insurance companies are in the business of making money, so they try to delay or deny claims as often as possible. Even after a worker has been deemed eligible to receive workers’ compensation benefits, some insurers will go to great lengths to catch workers in the act of doing something deceitful.

A New York man was injured at work in 2008. He suffered neck and shoulder injuries that forced him to quit his job as a school cleaner. He filed a workers’ compensation claim and was deemed to have permanent total industrial disability. As a result, he was awarded benefits.

The district and its insurance carrier decided to secretly videotape the man to see if he was lying about his condition. They found the man at a football game. He was caught walking, moving a popcorn machine and helping his disabled daughter, who was collecting money at the gate.

The district claimed these activities showed that the man was able to work. The state workers’ compensation board, however, thought differently. The  Appellate Division, Third Department ruled that the man did nothing out of the ordinary and should continue to receive benefits.

The workers’ compensation insurance carrier for the Unatego Central School District had the man fill out questionnaires and felt that the man was making false statements based on what the videotape showed that man doing at the football game. The court, however, did not agree and felt that the man’s activities were minimal and the evidence did not prove that the man falsely represented himself.

This is a huge win for employees in New York and across the country, as many injured employees struggle to receive the benefits they so desperately deserve. While there are many people who take advantage of the workers’ compensation system and actually submit fraudulent claims, this was not the case here. The man was and continues to be truly injured and the insurance carrier went too far.

Insurance Companies and Their Deceptive Practices

When an insurance company tries to avoid paying a valid claim, this is called bad faith. Insurance companies will delay payment, send clients to biased doctors, schedule unnecessary hearings and even bring about fraud charges for no reason. When this happens, insurance companies rake in huge profits—money they should not have received in the first place. In the case here, the insurer hired an investigator to follow the claimant. This was not only wrong, but an invasion of privacy.

Even if you already have been approved for workers’ compensation benefits, you need to be careful. You can lose those benefits in an instant. Many insurance companies have resorted to deceptive practices—such as following you and videotaping your movements—to prove that you are actually not injured.

If this has happened to you, contact the Law Office of Michael Lawrence Varon in White Plains to learn more about your legal rights as they apply to workers’ compensation. He can help you get the benefits you deserve. Call his office at 914-294-2145 to schedule a complimentary consultation.