Sharing The Health Benefits Of Marijuana With Veterans 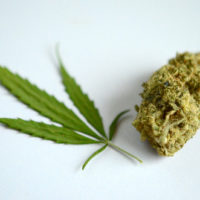 Veterans have to deal with strange things they saw while at war. Whether they fought in Afghanistan, Japan, Korea or some other place, they often have flashbacks of the violence and brutality they experienced. Some tend to have a constant rush of adrenaline and feel hypervigilant at all times. Others suffer from post-traumatic stress disorder.

You would think that veterans’ benefits would help these people recover from the physical and mental effects of war. This is not always the case, though. Some people get their benefits denied. If they are approved, it could take many months or even years. That is a long time for a person to suffer from pain and trauma.

Many veterans have found that cannabis—medical marijuana—has been very helpful in dealing with the mental and physical aftermath of war. One Marine turned to gardening to help relieve the stress associated with his time spent in a helicopter attack squadron. While he felt better about his life, he decided he wanted to help many other veterans heal.

The man was growing a secret garden in his home. He had cannabis plants set up in a spare bedroom. The 35-year-old from California noticed that cannabis seemed to help him deal with his arthritis and PTSD much better than opioids and other prescription medications. He felt that cannabis worked much better at helping him deal with pain and hypervigilance. He was able to regulate himself and avoid taking pills.

He met a fellow veteran who shared his enthusiasm for cannabis. Together, they thought of an idea that would help other veterans like themselves. They found that many veterans were disabled and could benefit from cannabis, but could not readily access it.

The Department of Veterans Affairs cannot prescribe marijuana because it is listed as a Schedule I drug, which means it is illegal. It is also too cost-prohibitive for many veterans who are living on a tight budget. Cannabidiol, an active ingredient in marijuana, is known for having many health benefits. It has brought relief to many veterans. They feel more at peace and able to take on everyday life.

The two veterans wanted to make cannabis a viable option. They started the Santa Cruz Veterans Alliance in California. They built two marijuana facilities. The two were able to grow, process and sell the cannabis at their own facilities, so they were able to set 10 percent of everything they grew. With this 10 percent, the two could give veterans vouchers toward free marijuana.

The alliance has been able to help 800 vets along the way. Many are employed at the alliance.

Dealing with the aftermath of war is not an easy task. Veterans’ benefits are hard to come by and when a person does receive benefits, it could take years. Marijuana can help a veteran live a normal life.

Many vets do not receive the medication they need. If you have been injured or suffer a serious medical condition, seek legal help. Contact the Law Office of Michael Lawrence Varon in White Plains today so we can evaluate your case. Give our office a call today at 914-294-2145.