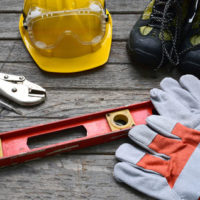 The Committee, construction workers, and unions are calling for more employee training, apprenticeship safety programs for large projects, preservation of the Scaffold Safety Law and creation of additional laws, creation of more enforcement for employers, and creation of criminal penalties for employers who show willful negligence that leads to worker deaths. In fact, the study found that 68 percent of construction sites analyzed had violated safety laws. Unfortunately, not all of these demands will likely be met, due to the cost it would put on businesses. While New York Mayor Bill de Blasio believes that more training and apprenticeship programs would cost employers too much, some of the other steps may be taken to create a safer workplace and cut back on preventable construction fatalities, according to EHS Today. In the meantime, it is at least possible for employees to seek workers’ compensation benefits after an occupational injury or illness.

From 2006 through 2015, a total of 464 construction workers died in the state of New York. Falls are the single leading cause of construction deaths in our state, with 49 percent of all construction deaths being caused by falls. While Latinos make up 30 percent of the construction workforce in New York, they account for 57 percent of construction fall fatalities. This is yet another ugly form of racism prevalent in our society, where employers are willing to cut back on costs and risk lives because they believe that Latinos are less likely to speak up about dangerous working conditions. A willful violation by an employer is when the employer knows of a dangerous condition and does nothing about it. Willful violations existed in 33 percent of sites where Latinos were killed by falls, and only in five percent of sites where non-Latinos were killed. However, not all falls are fatal. Same-level falls and falls to another level can both cause serious injuries. Some of the most common injuries caused by construction site falls include:

If you have suffered a construction site occupational fall or any other type of injury in White Plains, it is imperative that you contact a workers’ compensation attorney at once. Similarly, if a loved one died on the job, you or their dependents may be entitled to death benefits. Contact the Law Office of Michael Lawrence Varon today.