Veterans in Debt Over Delayed Benefits from GI Bill 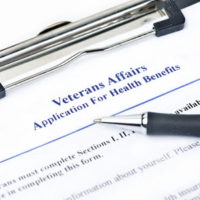 Unfortunately, it is not uncommon for Americans to experience delays and denials when it comes to government benefits such as veterans benefits. There are sometimes computer glitches. With so many people applying at the same time, there are often backlogs that last many months. In some cases, government cutbacks are to blame.

Veterans have sacrificed their lives to give us the freedom we enjoy today. Once these veterans are disabled or retired, we should not be turning our backs on them. They should not have to struggle financially to pay for even the most basic needs.

Many do, unfortunately. Under the GI Bill, servicemembers and veterans are able to receive the education and training they need to career once they leave the military and become a civilian. The GI Bill covers expenses associated with education, with several programs available. Some even offer housing allowances.

Many veterans, however, are finding that they are not receiving the benefits they were promised. The Department of Veterans Affairs (VA) is currently experiencing a software malfunction that has resulted in many veterans getting paid too little, too much or not at all. The glitch apparently started after President Donald Trump made changes to the law and signed the Forever GI Act last year. On August 1, new standards for housing stipends were to be implemented. However, this led to errors as well as incorrect benefit payments.

To remedy the situation, the new standards were scrapped. Instead, the computer system is now paying students 2017 rates, which do not account for the 1 percent increase. The VA has promised to reimburse veterans at a later date.

When the computer system does pay the veterans their benefits, it is often several months late. As a result, thousands of servicemembers are getting further into debt and struggling financially.

These payment delays are no laughing matter. Outside of these benefit checks, many families have little to no income. They are barely scraping by. Mortgages are not being paid on time. Many are having to take out additional credit cards. Others are forced to take out loans or borrow money from family members. Some are homeless and without food. It’s a frustrating situation.

Servicemembers have applied for benefits months ago, with no response. Making matters worse is that the VA is not giving applicants answers. It is estimated that 360,000 veterans have been affected by this software glitch. The VA currently has more than 200 temporary employees on hand to process these claims, at a rate of 16,000 per day. It is hopeful that the issue will be resolved by the end of the year.

Many veterans depend on the benefits they are promised and entitled to receive under the Veterans Administration. They understandably are upset and frustrated when they do not receive these benefits in a timely manner. After all, the bills come every month and must be paid on time.

If your veterans’ benefits have been delayed or denied, you are likely facing financial distress. The Law Office of Michael Lawrence Varon in White Plains can help you through this tough time. He has been proudly serving veterans for more than a decade and can help you with  your claim. To learn more, schedule your free consultation today by calling his office at 914-294-2145.