When Can I Sue My Employer? 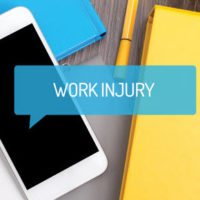 In most circumstances, the workers’ compensation system does not allow for an employee to sue their employer. However, this is not always the case. In 2015, a construction worker was killed and others were seriously injured when a wall collapsed on the construction site in Brooklyn. According to Eyewitness News ABC 7 New York, the owner of the construction company is now facing criminal charges for a slew of serious offenses, including:

In disregard of Occupational Safety and Health Administration (OSHA) regulations, the owner failed to provide shoring materials that would hold up the wall. In addition, the owner failed to provide these materials at the request of his employees–the ones who ended up either dying or becoming critically injured because of his negligence. District Attorney Gonzalez said that the young employee who was killed, “should be alive today. Construction site deaths such as his are becoming all too common as builders ignore safety protocols and hire untrained workers to maximize profits.” The defendant faces up to 15 years in prison if found guilty. While the employees who were injured, and the deceased employee’s family members, would have been eligible for medical and financial compensation and death benefits under normal circumstances, the employer failed to secure workers’ compensation insurance. Because of his criminal negligence and failure to procure insurance, they will be able to file personal injury lawsuits in place of receiving workers’ compensation benefits.

What Does Workers’ Compensation Pay For Versus a Personal Injury Lawsuit?

Workers’ compensation covers medical bills, funeral costs, short term or permanent wage replacement benefits, death benefits, vocational rehabilitation, and more. It provides these things in a timely, relatively hassle-free manner, compared to filing a personal injury lawsuit, which can take well over a year to be won in court or settled. What workers’ compensation does not pay for is pain and suffering and other emotional trauma. A wrongful death lawsuit may be well into the millions if the insurance of the negligent party is large enough, which is much greater than anyone would ever receive in workers’ compensation death benefits. However, you cannot sue your employer unless:

You may receive workers’ compensation and sue your employer at the same time, though a lien will be put on the lawsuit or settlement by the insurance carrier. However, once your workers’ compensation case has been settled, you cannot file a lawsuit against anyone for your injuries, according to the New York Workers’ Compensation Board.

If you believe that your employer has displayed egregious conduct in any manner, or that they intentionally caused an injury, call the White Plains attorneys of Law Office of Michael Lawrence Varon to discuss your options of workers’ compensation benefits as well as the possibility of a simultaneous lawsuit.