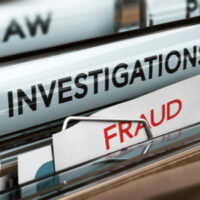 Fraud is common in many industries. The financial industry is prone to it. Those who are in charge of money can find ways to put it in their own pockets. Many people also concoct schemes to illegally obtain government benefits. Fraud, however, is a serious crime that can incur harsh penalties for those who are arrested and convicted.

This is the case for a Massachusetts woman who allegedly stole more than $88,000 in Social Security disability benefits over a 10-year period. The 60-year-old woman was arrested on November 15 and was indicted on two charges: theft of public funds and making a false statement.

In April 2017, the woman lied to the Social Security Administration. She told the agency that her only income came in the form of unemployment benefits and wages from two companies. She did not mention that she was also making money working as a caregiver.

Social Security fraud can happen in a number of ways. One common method is making false statements. This involves lying or hiding important information, such as the fact that you are earning income or are in jail. Also, a person cannot receive both Social Security benefits and workers’ compensation benefits, so if you do not inform the Social Security Administration that you are receiving other benefits, this is considered fraud.

Misuse of benefits is also common. This includes using a parent’s or sibling’s Social Security benefits for your own purposes or not informing the Social Security Administration that the recipient has died, allowing the checks to continue.

Unfortunately, it is situations like these that make it hard for those who are truly disabled and cannot work to receive the benefits they deserve. When fraud occurs, it takes money away from those who truly need it. It also causes claims to be erroneously denied.

Obtaining the benefits you deserve can be complicated and frustrating. White Plains Social Security disability lawyer Michael Lawrence Varon can help you with your claim and prevent denials. He knows what you need to do to get approved quickly and easily. Schedule a free consultation by calling his office at 914-294-2145.