Workers’ Compensation Fraud: Learn From The Mistakes Of Others 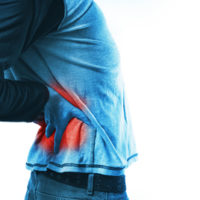 Most people who apply for workers’ compensation benefits were injured on the job and truly need the money to pay for medical bills, lost wages and other damages. However, there are some people who try to take advantage of the system and claim they were injured so they can go on vacation, open a side business or work around their home. This is called workers’ compensation fraud, and it’s against the law. Fraud affects everyone, as it makes it harder for those who truly need the benefits to prove they are indeed injured.

A 30-year-old New York man is facing criminal charges for committing such an act. The man, who works at the Central New York Psychiatric Center, applied for workers’ compensation benefits twice in 2016. He claimed a back injury was to blame for his inability to work.

The inspector general found that the man was using his time off to take vacations. In one instance, he went kayaking in Puerto Rico, but not before signing a form stating he was physically fit and had no back injury. In another instance, he was caught vacationing with his girlfriend in California.

The man received $2,693.85 in workers’ compensation benefits. He was caught and charged with two counts of fraud, fourth-degree grand larceny and a first-degree charge of falsifying business records. He was arraigned and released, but is expected to be back in court soon.

How Do You Get Workers’ Compensation?

Workers’ compensation benefits are paid to those who suffer injuries while on the job. Even if you caused the accident, you can still receive benefits unless you were intoxicated or broke a rule at the time of the accident. In exchange for receiving benefits, you cannot sue your employer for the injury.

How Does Fraud Occur?

Employees try to file false claims by getting hurt outside of the workplace and then making it so it looks like the injury occurred at work. They may also invent fake injuries, such as those in the back and neck, since those are hard to disprove. If a person has an old injury—like a dislocated knee—the employee may try to create a new injury from that.

Workers’ compensation fraud is not worth the risk. You could end up in jail and pay hefty fines. You could lose your job or business. A conviction will stay on your criminal record for many years, and this can prevent you from finding future employment.

If you have been truly injured in a New York workplace, don’t be afraid to file a workers’ compensation claim and get the money you deserve for your injuries. The law is in place to protect workers like you. Those who try to take advantage of the system are the ones who get penalized.

If you were injured in the workplace, get help filing your claim from the Law Office of Michael Lawrence Varon. He has experience handling a variety of workers’ compensation claims and is familiar with New York laws. Contact his office at 914-294-2145 to schedule a complimentary consultation.