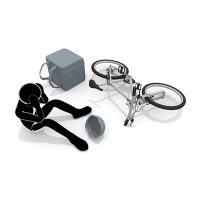 Many people work as delivery drivers and cyclists for companies such as DoorDash and Uber Eats. They like the flexibility that these gigs provide, allowing New Yorkers to work full-time or part-time to supplement their income.

However, working for these companies isn’t all it’s cracked up to be. Not all of them make workers aware of any benefits or recourse they have in the event of a workplace accident. Some offer no benefits at all, so when a worker is hurt, they don’t know what to do.

Indeed, many New York delivery workers — called deliveristas — are injured on the busy streets of New York City. Some don’t speak English and are therefore unaware of their benefits. Others are given no compensation at all, leaving them in dire financial straits.

In May 2021, a DoorDash worker on an e-bike was injured in Queens. The 47-year-old man lost consciousness and was taken to a local hospital. The driver fled the accident scene.

It wasn’t until the next day that the man was able to tell DoorDash why the order was not delivered. Nobody from the company contacted him to see if he was OK. They didn’t even tell him about their accident coverage. The man only found out from other delivery workers months later. Fortunately, he was able to file a claim and receive compensation for medical bills — including surgery on his left clavicle — as well as some of his lost wages.

It was later determined that the man did receive an email from DoorDash about his coverage, but it was in English. He does not read, speak, or understand English. But the email did say that if he suffered injuries while performing a delivery, then he would be eligible for personal injury coverage.

However, offering benefits is not the norm. Delivery workers find that any benefits they are entitled to receive in a workplace accident depends on the app they are using, the stage of the delivery process, and the mode of transportation. This can be frustrating, given that nearly half of delivery workers have reported being in an accident. Another 30% allege that they had been assaulted while on the job.

Because these workers are not technically employees — they’re classified as independent contractors — they are not eligible for workers’ compensation benefits. They are also not protected by federal workplace safety standards that most workers enjoy. This means that while companies such as DoorDash can provide benefits, they are not legally required to do so.

Many workers think their employers will cover them in the event of a workplace injury, but that is not always the case. Then there are those who do offer coverage but fail to inform employees, causing confusion.

If you have been injured at work, you need to ensure you receive what you are entitled to receive. A White Plains workers’ compensation lawyer from The Law Office of Michael Lawrence Varon can advocate for your legal rights. To schedule a free initial consultation, call (914) 228-1770 or fill out the online form.