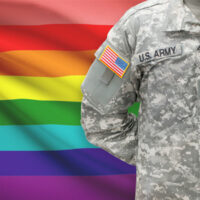 In the past, being anything but a straight male or female would have gotten you discharged from the military. That’s why the “Don’t Ask, Don’t Tell” policy was enforced decades ago. Servicemen and women tried hard to not disclose their sexual orientation. They kept quiet and stayed “in the closet” during their time of service.

Fortunately, times have changed. Now that we’re in the 21st century, the focus is on equality. Many types of people are becoming more accepted in society, such as gays, lesbians, bisexuals and even transgender people. As such, veterans benefits policies are changing to keep up.

New York is now allowing gay veterans to apply for benefits. In the past, a gay servicemember would have gotten a dishonorable discharge, which would have prevented them from receiving benefits. That is no longer the case in the state. Under the Restoration of Honor Act, gay veterans can start applying for benefits—benefits they definitely deserve for their time in service. This is huge, considering that veterans can receive monthly benefits, free medical care, job training, special home loans and much more.

New York Gov. Andrew Cuomo signed the bill into law in November 2019, although not many veterans may not be aware it exists. Cuomo states that allowing benefits for LGBTQ veterans is “the right thing to do” to show these people how much their service to their country is appreciated. The state is progressive in terms of paving the way for equality and even more reform must be done to help minorities, including transgender people of color.

Under the Restoration of Honor Act, the New York State Division of Veterans’ Services (NYS DVS) is authorized to restore veterans benefits to veterans who were dishonorably discharged due to not only sexual orientation and gender identity, but also post-traumatic stress disorder (PTSD), traumatic brain injury and military sexual trauma. However, the bill does not change the official character of discharge on a veteran’s paperwork.

To apply for benefits, veterans will need a complete and unredacted Official Military Personnel File. The NYS DVS will assist Veterans in obtaining veterans in obtaining this paperwork. A thorough review of this file will be needed so that the state can make a determination as to whether or not the veteran is eligible to receive benefits. After a decision is made, veterans are then allowed to appeal the original decision. The appealed decision will then be considered final.

NYS DVS started accepting applications in June 2020. However, decisions will not be made until November 12, 2020.

In the past, being gay meant a dishonorable discharge with no benefits, despite a person’s commitment to military service. Fortunately, laws are changing for New Yorkers who fought hard to protect their country.

Have you been denied benefits based solely on your sexual orientation? If so, seek legal help right away. White Plains veterans benefits lawyer Michael Lawrence Varon can help you obtain the benefits you deserve. Don’t miss out. Schedule a free consultation by calling 914-294-2145 or filling out the online form.