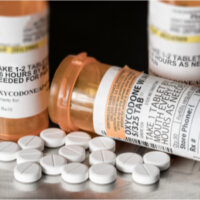 Injured in a workplace accident? You’re not alone. Many people experience slips, trips and falls as well as machinery malfunctions while at work. Every year, more than 4,000 people are killed in workplace accidents and many more are injured. These workplace accidents can lead to a variety of injuries, including head trauma, back and neck pain, broken bones and mobility issues.

To promote healing and reduce pain, many doctors prescribed opioids in the past. While opioids are great for relieving pain, many users become addicted to these powerful drugs. This has caused doctors to stop prescribing these drugs so much. The United States has dealt with a prescription drug crisis in the past decade, especially in the area of opioids. On average, 128 people die from opioid overdoses in the United States every day.

While opioid prescriptions have declined in the past few years, these drugs are still popular. In addition, doctors are favoring surgeries and unproven alternative treatments in lieu of opioids, which could be doing more harm than good. Recent studies have proven this trend.

Studies from the Workers’ Compensation Research Institute are showing that opioids are still the most frequently used medication in 10 of the 27 states the researchers studied. In the other 17 states, nonsteroidal anti-inflammatory drugs (NSAIDs) were the most popular.

The good news is that, in all 27 states, the frequency and amount of opioids prescribed in workers’ compensation claims decreased between 2012-14 and 2016-18. The biggest drops were seen in New York and California. Both states saw declines from above 60% in 2012-14 to below 40% in 2016-18. Nevada and Georgia showed similar results, dropping 20 points during the same time period. Louisiana, which once had a percentage as high as 80%, even saw a decline of 10 points.

What is contributing to this downward trend? Several factors are involved. Several states have enacted prescription drug reforms, such as monitoring programs, drug formularies and limits on prescribed quantities. The Centers for Disease Control and Prevention (CDC) has also released guidelines for dealing with chronic pain and this has likely led to decreased use as well.

Also, there has been a trend toward doctors prescribing other pain medications such as NSAIDs, antidepressants, corticosteroids, anticonvulsants, compound drugs and topical analgesics. On top of that, the study showed a shift toward non-medicinal pain treatments. This means injured workers were not receiving any medications. Instead, their treatment options consisted of physical therapy, massage, exercise, injections and nerve blocks. Some doctors even recommended alternative treatments such as chiropractor visits, acupuncture and behavioral therapy.

If you are injured in the workplace, it’s important to make sure you get the benefits you deserve. It’s also important to get appropriate medication, but that may not include opioids due to their addictive nature.

White Plains workers’ compensation lawyer Michael Lawrence Varon can help you understand your legal rights after a workplace accident. Schedule a free consultation by calling (914) 228-1770 or filling out the online form.