Firefighter Killed During Training at Academy 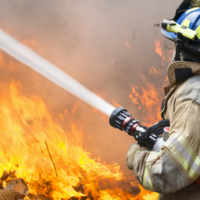 Many of those in specialized occupations, such as police officers and firefighters, have to complete rigorous physical training. This training can be brutal, putting employees to the test. Unfortunately, some people die during this training after suffering medical emergencies. In these cases, workers’ compensation benefits may be available.

A firefighter recently died during training at New York’s state fire academy. The 21-year-old man from Watertown, who served as the assistant chief of the LaFargeville Volunteer Fire Department, suffered a medical emergency while training on March 3. He died on March 12.

Not many details have been released about the incident. The man was involved in a training exercise at the academy, located in Montour Falls. He was wearing a breathing apparatus when the alarms went off. However, instructors did not respond and the man had to try to handle the situation on his own. He suffered a medical emergency and was rushed to a local hospital. He was stabilized and then airlifted to Guthrie Robert Packer Hospital in Pennsylvania. The man

stayed in the intensive care unit of the hospital until his death on March 12.

The incident is currently under investigation. Investigators from the National Institute for Occupational Safety and Health (NIOSH) and the Public Employee Safety and Health Bureau (PESH) were at the site on March 17 to determine what happened. State police in Horseheads are also investigating the circumstances of the firefighter’s death.

The 11-week training was placed on hold for a few days as agencies investigated. While some recruits and trainers were pulled from the training, the program resumed on March 9. The recruits participated in drills will focus on flammable gas training and emergency vehicle operations.

The man’s grandfather and great-uncle are devastated about the situation and demand answers. Both have picketed in front of the state academy. They are asking for the instructors to be fired and the facility to be closed. They believe the training went too far on the day that their loved one suffered the medical emergency. They want to talk to the instructors to find out what happened.

The good news is that there is some hope. A state lawmaker is asking the state attorney general to investigate the incident. The grandfather and great-uncle also plan to go to Albany soon to meet with the state fire administrator to find out what the state will do about the fatal incident. Hopefully the family will get some answers soon so they can get closure.