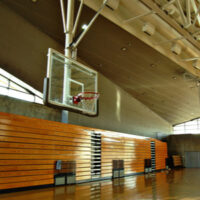 Workplace accidents happen all the time. A person could slip and fall. An employee may get hit by machinery. A construction worker might fall off a roof.

When a person is injured while on the job, they can receive workers’ compensation benefits. These benefits are available to the worker, regardless of fault. While liability is not an issue, there’s one thing that’s a huge no-no: working while receiving benefits. This is because these benefits act as wage replacement, so if the person is able to return to work, then they no longer need workers’ compensation benefits.

Unfortunately, some people take advantage of the system and find ways to make extra money from a workplace accident. Many receive benefits while working somewhere else. This is what a New York man did, and he was arrested and forced to pay back the benefits he received.

The MTA bus driver was injured on the job in November 2016. The 50-year-old man from Peekskill suffered a knee injury and was deemed unable to work for the MTA Bus Company. He collected workers’ compensation benefits between December 2016 and May 2017. In total, he received more than $11,000.

During this time, though, the man was actually working. He worked in Cold Spring as a varsity girls’ basketball coach for Haldane Central School District. Surveillance video saw the man moving in a variety of positions. Despite his alleged knee injury, he was able to bend, squat, pace, wave his hands and even abruptly stand up from a sitting position as he ran practices and coached the basketball team during games.

The man was subsequently fired from the MTA. He was also arrested and forced to pay back the benefits he fraudulently took. He had originally been charged with one count of grand larceny and two counts of worker’s compensation fraud. The man appeared in court on November 26. He received a one-year conditional discharge and has paid back the MTA.

How is Workers’ Compensation Fraud Detected?

Workers’ compensation fraud is detected in two main ways: video surveillance and social media. Insurance companies are pros at investigating possible fraud. If you claim you were injured at work, they will look for surveillance video from your workplace to make sure you’re being truthful.

They may also investigate you while you are off work. An investigator may follow you to see if you are truly unable to work. For example, if you claim you have a knee injury, how well are you moving around?

Stay off social media during time. Anything you post online can and will be used against you. Many people post pictures of themselves working when they should be home recuperating.

Money is a huge motivator for many people, and unfortunately, many will attempt to work after an injury so they can earn money and receive workers’ compensation benefits at the same time.

Because of this fraud, many legitimate claims get denied. This is frustrating to those who are truly injured, who are following the rules and truly need benefits. White Plains workers’ compensation lawyer Michael Lawrence Varon will fight to help you obtain the benefits you deserve. To schedule a consultation, call (914) 228-1770 or fill out the online form.