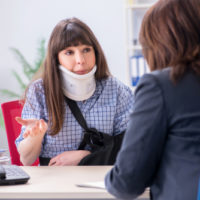 If you have been injured in a workplace injury in New York, a study shows that there has been some positive trends when it comes to workers’ compensation benefits. The standout statistic is that most workers are receiving their first claim payment within three weeks of their injury.

The Workers’ Compensation Research Institute recently released a study called Monitoring Trends in the New York Workers’ Compensation System, 19th Edition. The workers’ compensation system in New York underwent major reform in 2007, and while there were some increases in the years that followed, the system has seen little change since 2014.

Since 2014, nonhospital payments have been relatively stable. The hospital outpatient payment per claim increased by roughly 4%, on average. This was despite a law passed in 2015 that changed the reimbursement method for ambulatory surgical services.

Benefit delivery expenses saw increases of as much as 7% each year beginning in 2007. This stabilized over the past few years. It changed less than 0.5% between 2017 and 2018.

For injured workers, the best news is that they can typically expect to receive their first payments faster. In 2012, only about 25% of workers received their first payment within 21 days of injury. In the 2017-2018 year, this number increased to 43%. This dramatic change is likely attributed to new processes that the New York Workers’ Compensation Board implemented.

How Does Workers’ Compensation Work?

Workers’ compensation law was created to compensate employees who have been injured or develop an illness while performing their work duties. The purpose of this law is to protect injured employees and give them the financial resources they need to heal and return to work  quickly after an injury or illness.

Under New York State law, those injured in the workplace are entitled to receive workers’ compensation, even if they caused their own injury. However, the process that an injured worker must go through in order to receive workers’ compensation benefits can be complicated. On top of that, the goal of insurance companies is to pay as little as possible. Therefore, they will come up with every reason possible to deny your claim.

While the study revealed some good news about the workers’ compensation system in New York, not all claims are handled with ease. Benefits can still be hard to come by.

The state may make you jump through hoops to get approved for benefits. Get the help you need from White Plains workers’ compensation lawyer Michael Lawrence Varon. He has successfully handled a wide variety of workers’ compensation cases. Don’t miss out. To schedule a consultation, filling out the online form or call (914) 228-1770.