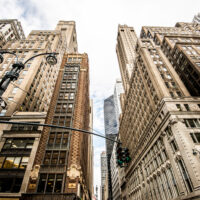 Labor groups in New York are pushing for the same thing. Drivers for Uber, Lyft and other rideshare companies are not considered employees, which means that they are not subject to New York’s wage and hour laws. Paying a minimum wage is not required if a person is an independent contractor. Companies are also not required to pay independent contractors benefits such as unemployment insurance and workers’ compensation.

Labor groups in New York want to change this and create a law similar to AB 5, but it doesn’t look like that will happen any time soon. The New York Independent Drivers Guild does not support this because it could negatively impact minimum pay requirements for rideshare drivers. Another issue is that there is no clear and consistent standard to differentiate between employees and independent contractors. This is a problem in every state.

New York City’s Taxi and Limousine Commission put regulations in place for app-based companies. Under these laws, Lyft and Uber drivers would be guaranteed an hourly wage of $17.22 after expenses. However, the companies are not on board with these laws, citing that it would actually cause driver earnings to decrease. For example, Lyft no longer allows drivers to log onto apps to pick up riders in unpopular areas of New York City because they don’t want to pay drivers the minimum-wage requirement if they are less likely to get customers.

Many independent contractors are in favor of becoming employees. After all, making this change would result in more benefits, such as family leave and sick leave.

However, other rideshare drivers are happy with the way things are. They aren’t jumping for joy at the thought of being employees because they enjoy the flexibility that being an Uber or Lyft driver brings. They can work whenever and wherever they want without having to deal with a boss. This is why the gig economy is thriving. People don’t necessarily want a standard 9-5 job. While it would be nice to have benefits, perhaps higher pay and more flexibility would be good trade-offs. It’s time for lawmakers to talk to gig workers and come up with viable solutions.

Workers’ compensation and other benefits are available to employees only, and rideshare drivers currently are not employees under New York law. This is frustrating to gig workers, who often must work multiple jobs to survive.