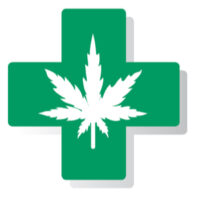 Many people are rejoicing now that marijuana, for recreational or medical use, is legal in most states. In New York, the drug is legal for medicinal purposes. As such, doctors are lenient in prescribing it for a variety of conditions, such as pain, anxiety and seizures. However, prescribing medical marijuana in workers’ compensation cases can lead to denied claims.

This was the case for a New York police officer. In 1997, the police officer was responding to a car accident when he slipped and fell on icy pavement. His right hip and lower back were injured. He filed a workers’ compensation claim and the state board classified his injuries as a permanent partial disability.

However, that decision was reversed when the workers’ compensation board found that since the man was already receiving treatment, it could not approve a variance. A variance refers to a doctor’s medical care that varies from the Medical Treatment Guidelines. The doctor must be able to prove the variance—medical marijuana, in this case— is appropriate and medically necessary.

Medical marijuana has expanded a lot in New York since it became legal in 2016, but the law is still very restrictive. While the doctor wanted to deviate from the Medical Treatment Guidelines, the decision was based on the fact that the doctor had already provided the care. Had the doctor discussed the variance with the state workers’ compensation board prior to the treatment, the board would have likely approved the variance.

Approving medical marijuana for workers’ compensation cases comes with concerns. It’s inevitable that insurance carriers will have to approve marijuana at some point. However, there are concerns about the effects of marijuana on injured workers. Not only is it unregulated, but the content can be inconsistent. Marijuana can be available in leaves, sprays, edibles, oils and pills, all of which can have different effects on a person.

Medical marijuana is legal in New York, but it is rare for a doctor to prescribe it in lieu of pain medications, which are the proven medications in these situations. There will need to be evidence that the marijuana use is medically necessary.

While marijuana has been known to help with a variety of medical issues, it is illegal under federal law. Therefore, workers’ compensation boards and other government agencies will look at it unfavorably and deny your claim. White Plain workers’ compensation lawyer Michael Lawrence Varon can help you file an appeal and get the benefits you deserve. Schedule a consultation by calling (914) 228-1770 or filling out the online form.