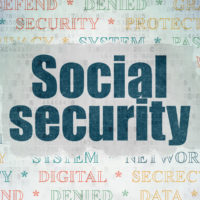 President Donald Trump has been discussing the possibility of deferring payroll taxes. Workers would not have to repay them until next year. While this plan would result in a little extra money for those hit hard by the COVID-19 pandemic, should this be implemented, it would hurt those who rely on these payroll taxes the most: Social Security Disability recipients.

The Social Security program relies solely on payroll taxes to make payments to beneficiaries. Therefore, once workers stop paying these taxes, there will be no constant stream of money coming in. Approximately 10 million Americans receive Social Security Disability benefit, with an average monthly payment of $1,125. This means that if payroll taxes were no longer collected starting on January 1, 2021, payments would cease by the middle of 2021. Those who receive other Social Security benefits would see those end by 2023.

The end of Social Security benefits could become a reality. As of September 1, President Trump has ordered companies to stop withholding payroll taxes. He has ordered the Treasury Department to stop collecting payroll contributions for the next four months.

The Internal Revenue Code allows this, permitting the deferral of taxes in the event of a disaster. Under Section 7508A of the Internal Revenue Code, the deferrals could last as long as one year, which is enough time to stop disability insurance payments. If Trump is re-elected, he could potentially declare a new disaster and allow taxes to be deferred for another year. Two years without payroll tax contributions could shut down all Social Security benefits for good.

Some say that this would never happen. Instead, Congress would use general revenue to  make up for the lack of  payroll contributions. That would be highly unlikely, given that they would need to use more than $1 trillion of general revenue every year. There is no talk about raising taxes to make up for the lost revenue from employment taxes, so all this would do is create a huge deficit. The U.S government is already experiencing deficits with spending increasing significantly and revenues dropping. The multi-trillion-dollar stimulus package in April only compounded this.

Trump has never been a proponent of the Social Security system, so getting rid of its programs should come as no surprise. Before he became president, he endorsed privatizing Social Security as well as raising the full retirement age to 70. He also has goals to means-test Social Security and adopt price-indexing. These changes would result in enormous cuts and eventually end Social Security.

Many Americans rely on Social Security Disability benefits. Ending these payments would cause a real hardship and is something that should be avoided at all costs.

The process for obtaining Social Security Disability benefits can be confusing. Get the help you need from White Plains Social Security disability lawyer Michael Lawrence Varon. We will help you get the benefits you deserve. Call 914-294-2145 or fill out the online form to schedule a free consultation.