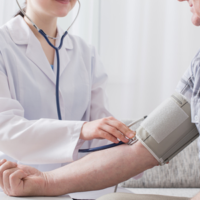 Now, studies are showing that hypertension, or high blood pressure, is another medical issue associated with Agent Orange. Researchers for the Department of Veterans Affairs (VA) found that members of the Army Chemical Corps who handled Agent Orange during the Vietnam War experienced a higher rate of hypertension compared to those who didn’t. Because of this, the Senate Veterans Affairs Committee is asking the VA to add hypertension to the list of Agent Orange conditions eligible for VA benefits. This would make an additional 160,000 veterans eligible for benefits.

In 2018, researchers discovered sufficient evidence that links hypertension to Agent Orange exposure. Since then, advocates have been trying to get hypertension added to the list of presumptive conditions. This would lower the amount of proof veterans would need to obtain VA benefits.

However, only the VA secretary has the power to add medical conditions to the list. In 2018, Robert Wilkie, who was the VA secretary at the time, said that he wouldn’t make a decision until the end of 2020, which is when the results of two other scientific studies were expected to be published. The coronavirus pandemic then delayed these studies.

Well, now there’s a new VA secretary and lawmakers are trying again to get hypertension added to the list. Two senators — Jon Tester, D-Mont., and Jerry Moran, R-Kan. — wrote to current VA Secretary Denis McDonough asking him to consider this issue and make a decision. The senators asked if the additional studies that the VA was waiting on would still be necessary. They also requested that McDonough work with the Senate Veterans Affairs Committee to create a fair process for hypertension to be added to the list of conditions in the near future.

The ball is now in McDonough’s court. He recently talked to reporters and said he felt this was an urgent issue. He said he would look at the scientific evidence, rather than the cost, as adding hypertension to the Agent Orange list of medical conditions would result in an additional $11 billion over the next decade.

If passed, many veterans would be ecstatic about receiving benefits. Many Vietnam War veterans have experienced hypertension believed to have been caused by exposure to the herbicides during the war. They have been waiting years for the VA to confirm that there is in fact a link between the two.

Many servicemembers were affected by Agent Orange and they still suffer from the effects decades later. It’s important that veterans who have fought hard for their country get the benefits they deserve.

If you have questions or concerns about the benefits you are entitled to receive as a veteran, White Plains veterans disability benefits lawyer Michael Lawrence Varon can help. To schedule a free consultation, call 914-294-2145 or fill out the online form.