Veterans to Receive Benefits for Conditions Relating to Agent Orange 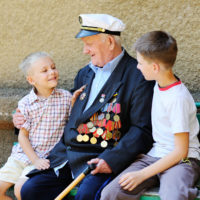 Hundreds of thousands of veterans have fought in wars to defend America’s freedom, only to be denied the benefits they were promised. In particular, many suffered serious medical conditions due to a chemical called Agent Orange while fighting in the Vietnam War. Used to eradicate vegetation, Agent Orange has caused many veterans to suffer from cancer and yet most have been denied benefits even though they developed the disease through no fault of their own.

The good news is that things are changing now. Now that we’re in 2020, the government has finally decided to give the 90,000 veterans affected by Agent Orange the benefits they have been waiting for. A federal court recently ruled that these veterans should receive compensation for diseases they developed due to Agent Orange exposure.

Those who believe they have been affected should file a claim as soon as possible to avoid a delay in receiving benefits. Veterans who qualify for disability payments and survivors who qualify for death payments may be able to receive tens of thousands of dollars a year in income. Over the next 10 years, it is estimated that these benefits could cost the government as much as $5 billion.

What is Agent Orange?

Agent Orange sounds like it could be the name of a person, namely a spy. However, this term actually refers to a chemical, specifically an herbicide used by the military from 1962-1975. The storage barrel had an orange band around it, hence the name. Millions of gallons of this chemical was sprayed on trees and other vegetation during the Vietnam War. A byproduct of Agent Orange, dioxin, has now caused health concerns.

Until the 1990s, only one medical condition – a skin disorder called chloracne – was linked to Agent Orange. Now, the list of linked conditions has expanded, making it easier for veterans to receive Agent Orange benefits. Besides chloracne, the health conditions now linked to Agent Orange include type 2 diabetes, lung and trachea cancer, prostate cancer, heart disease, Hodgkin’s disease, non-Hodgkin’s lymphoma, multiple myeloma, soft tissue sarcomas, Parkinson’s Disease, peripheral neuropathy, chronic B-cell leukemia and AL amyloidosis. In the future, other conditions such as hypothyroidism, hypertension and bladder cancer may be added to this list.

It’s great news that these disabled veterans are getting the compensation they deserve due to Agent Orange exposure. Those who fought for the United States are finally vindicated.

Those who have been affected should file a claim as soon as possible. Get help from White Plains veterans benefits lawyer Michael Lawrence Varon. Our team can help you file a claim and get the benefits you deserve. Schedule a consultation by calling 914-294-2145.